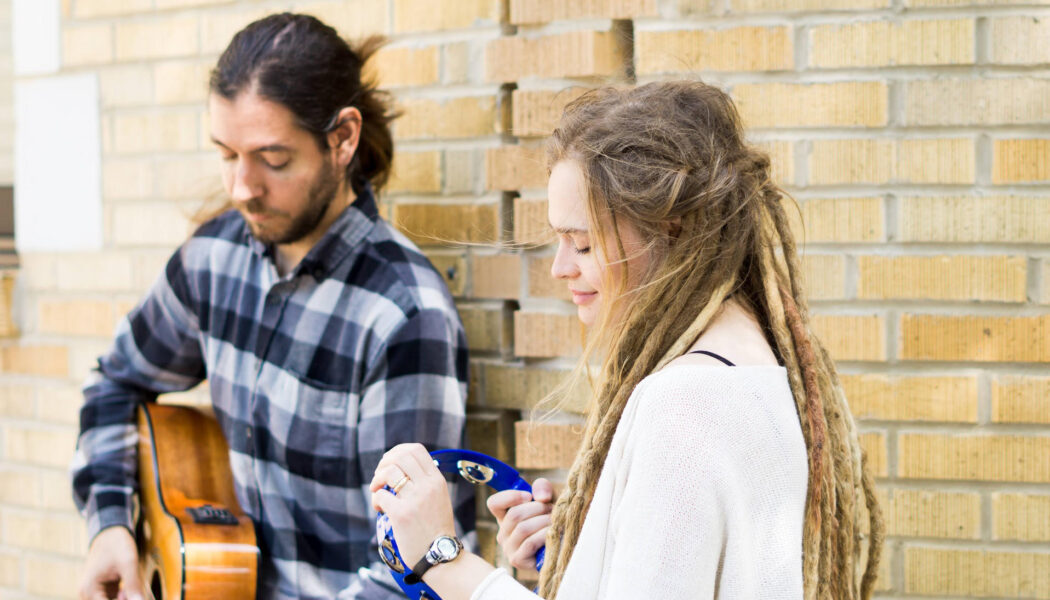 “Little Sister Cedar Tree” touches me in more ways than one. One is just the pure beauty of the sound of Cara’s voice blended with the acoustic instrumentation that is West End Junction. Cara Ristau and husband/band mate Dan are West End Junction, an alternative folk duo from St. Louis, MO, with Cara on vocals, keys, and percussion and Dan on guitar.

Another way the song touches me is the reflection the lyrics cast upon climate change in our world. Cara tells me that the lyrics were inspired by a “bucket list” journey to see the glaciers of Glacier National Park – before they melt away. The song was her way of “grappling with climate change and our country’s history while journeying through the most beautiful scenery imaginable.” The majesty of it all resonates in the haunting harmonies of this single.

So, I’m very much enamored with the song and with the collective that is West End Junction. And one of the barometers that I use to judge performers is the venues in which they perform. West End Junction frequents some of my favorites, which are small, quiet venues where audiences sit and listen in complement of the performers – venues like Evangeline’s Bistro and Music House and Blueberry Hill Duck Room.

Their debut single, “Little Sister Cedar Tree” was released on all major streaming platforms ahead of their EP “Wandering Minds” on July 2, 2021. I recommend a listen to the song, to the band. The song you can download. The band you can catch at Evangeline’s Bistro on August 28. On that same date, you can download “Two Thousand Strong”, their next single, on Spotify.

I would be remiss if I didn’t throw in a good word for their producer, Shannon McArthur of Nashville. West End Junction credits Shannon for the tireless work it takes to make their kind of music magic happen.