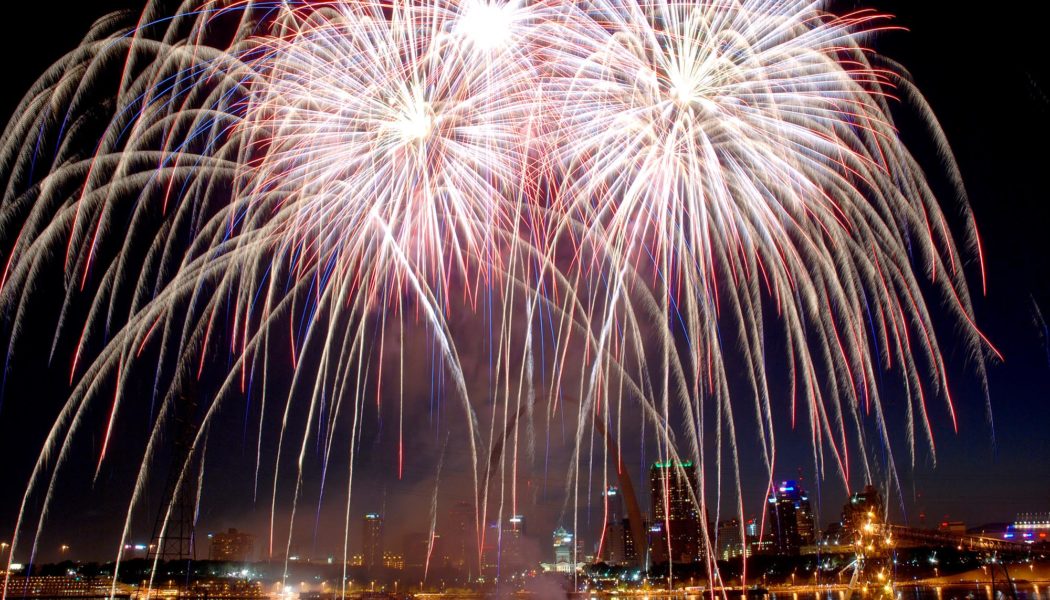 This month’s cover artist is Mark Polege. Mark is a self-taught photographer and photo-journalist. As evident in this cover image, he is especially adept at low-light photography.

Mark Polege’s photographic artwork is an exploration in perspective and depth, and a story written in a tapestry of light. His pieces capture the past while harnessing color and composition into bookmarks of time and space. Mark was previously featured in Str8Up Magazine in December 2013 and was recently featured in The Legends Magazine in Eureka (MO).

Mark’s 6-image color panoramic “Moon Over St Louis” was featured in “The City at 250: A Citywide Celebration in Photography”, June 6 – August 23, 2014 at the Sheldon Concert Hall and Art Galleries. The exhibition was a culmination of a citywide photo contest begun in the fall of 2013 and ending on February 23, 2014, which marked the 250th anniversary of the founding of St. Louis. Likewise, this magnificent image is featured as the “centerfold” in the hard-covered commemorative book “The City at 250”, published by the Sheldon Art Gallery.

His work is currently on display in the Gesso Magazine Exhibition at the Governor French Gallery in Belleville (IL).

An ongoing project, “Churches Under God”, highlights the founding of historic churches and the challenges they faced, along with the religious and charitable contributions they provide to their neighborhoods and the world. And through his vivid color photographs, Mark highlights and preserves the glory of architecture, stained glass and statuary that is synonymous with these, sometimes fading, institutions.

Mark found his interest in film photography while in high school in St Louis. A 6-year stint in North Dakota took him into vast stretches of wilderness and farm country where black and white images of abandoned farms and other rustic features obsessively captured the eye of his camera. Upon return to the St Louis area, Mark transitioned to digital photography and experienced a revival of his interest in architectural images. Positions with the Belleville News Democrat and the Edwardsville Intelligencer allowed him to hone his skills in color correction.

Mark is also a web designer / developer. Much of his professional energies go into creating and maintaining state-of-the-art websites. As the principle of Markus Design Works, Mark combines the skills and talents of photography, web design and retail sales and advertising to create maximum visual impact for his clients. An example of his expertise would be GessoMagazine.com, the website of Gesso Magazine and his own professional websites listed below.

Using Art Therapy As A Treatment Tool For Anxiety, Stress and Trauma

Two Tales of A City Saving an Architectural Gem

‘Twas Just Before Dawn in the Land of Freedom

Old Salt Union: Cousins (Jesse Farrar and Dustin Eiskant) play the music of their Uncles (Jay Farrar and Mike Heidorn). Join them as they play through their favorite Uncle Tupelo and Son Volt numbers; 2p

POWERplex STL (Hazelwood) – MUSIC AND A MOVIE; Super Jam, with "Dazed and Confused"; experience the line-up of Live Concerts with a Movie… DRIVE-IN STYLE from the comfort of your car; gates open, 5:30p; Super Jam, 7p; movie follows

We will have two camp options available for next week: Animal Adventure and Inspired By the Masters: Drawing & Painting.

Stronger Than You Think Livestream: an unprecedented mental health event featuring A-list celebrities, leading brain health experts, and powerful youth who are raising their voices to speak out about mental health in the midst of the global pandemic; 3 day livestream event on 5/27-5/29 from 2PM-7PM PST each day.

Maryville Farmer’s Market: Drive-Thru market is now open for orders; Preorder, prepay, drive thru and get it delivered to your trunk; 5-6p

Stronger Than You Think Livestream: an unprecedented mental health event featuring A-list celebrities, leading brain health experts, and powerful youth who are raising their voices to speak out about mental health in the midst of the global pandemic; 3 day livestream event on 5/27-5/29 from 2PM-7PM PST each day. ... See MoreSee Less