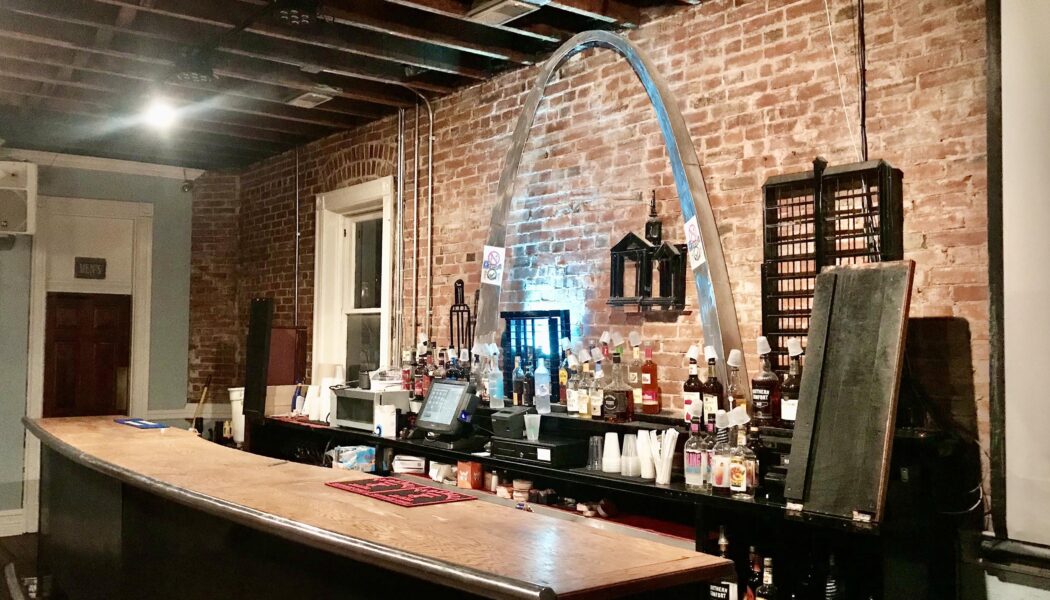 A new year can be an immensely powerful occasion, especially when the past year was one of the most difficult and uncertain times in recent memory. Many Americans could not wait to close the chapter on 2020 and usher in the new year of 2021. As I closed the past year with gratitude for my many blessings and welcomed a fresh start with renewed enthusiasm for January, I am truly looking most forward to the potential of many local businesses and restaurants slowly and safely re-opening their doors to the public.

One of my favorite areas to visit over the holidays is Soulard located just south of Downtown Saint Louis.  This past year, due to Covid-19, the usual holiday house tour extravaganza was virtual, and many bars and restaurants closed or were limited to outdoor socially distanced dining.  Bars and restaurants that had patios attempted offering carry out options for patron customers and newcomers alike.  One of my top patio restaurants in Soulard is, “The Best Bar in the Whole Wide World” AKA Big Daddy’s! I like this location (there are 4) where “history hits the patio” for a variety of reasons, and the building itself has quite the story to tell.

The building (located on 1000 Sidney Street) sits on a corner lot and was built around the mid to late 1800’s, when beer gardens and saloons dotted the city scape and satisfied Saint Louisans’ desire for a good drink, or a fun night out on the town. Local breweries thrived at that time, partly due to the underground caving system in Missouri, and the proximity to the river. Breweries in Saint Louis provided ample employment to the many immigrants who came to settle in the area in the age before prohibition.  This three-story building was built as part of Schilling & Schneider Brewing Company, founded by Louis Koch (who had a recipe for what is now called Boston Lager), and was later absorbed with other breweries in the area.  These combined breweries were called the Saint Louis Brewing Association (courtesy-historic plaque inside Big Daddy’s). This building is the only remaining and last vestige structure and therefore an especially important part of the neighborhood and “growler pub” history of Saint Louis.  It was later used as an accounting office and tasting room for Green Tree Brewery, owned by Max Feuerbacher who lived in the infamous Soulard “Lion House” as it is sometimes called. Its ideal location made it, in later years a great corner bar (Wornicke Pub) off the beaten path for workers in the area to have a laugh, a drink, and a smoke with friends.  Today Red Brick owns the building, and Jimbo “Big Daddy” Sinovic and his partner Jon Vieluf have been running the successful “eat, drink, ride and party” establishment since 1999.

I also like this particular location because of its amazing patio and street views.  There is nothing quite like people watching on a sunny afternoon with little to do but pass the time in the company of others.  The third, but not final reason, I like this location is its little bit of interesting “haunted history”.  There is something about a good spooky story that makes a fanciful old building of brick that much more interesting. I had the pleasure of speaking with Jon Vieluf who told me a ghost story of his own experience while in the building.  There is a rather interesting tale of a man named Chief (a bearded fellow who dresses quite like the gentlemen of ages past), a little child who wore a pretty dress and was known for saying, “It’s time….(for  dinner)?… and a few other oddities from rolling pennies and electrical flickering which could range from coincidental to just plain strange!  Maybe the little girl was onto something.

Big Daddy’s has some of the best wings, burgers, and “Cadillac sandwiches” this side of the river.  Come to Soulard and pay a visit to Big Daddy’s (with your mask for safety) for lunch or dinner, or just have a few drinks with your favorite friends on one of the best patio bars in Saint Louis- and “the whole wide world”- 2021 is suddenly seeming a whole lot brighter already!