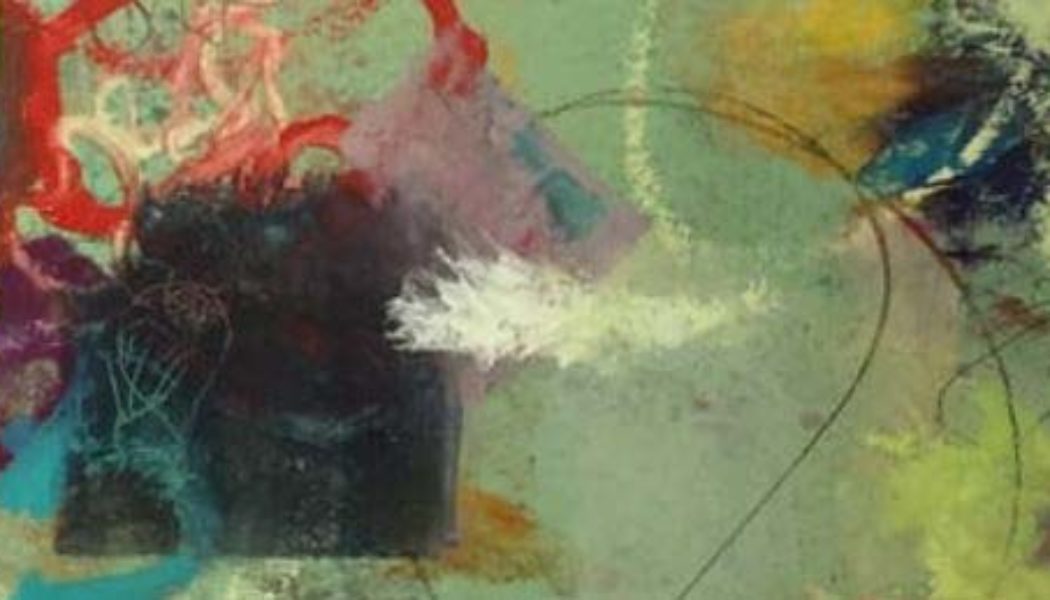 Mark Witzling’s path to artistic memory keeper has been decades in the making. As a marketing and branding strategist, Mark spent his professional career around writers, designers and artists who visually shaped his ideas. It wasn’t until he was in his 40’s and on a trip to Italy that he was moved to helm his own creative trek. Stirred by the frescos of Rome and Florence, where art was intended to be part of the landscape, he picked up a brush when he returned home, diving headfirst into a variety of creative experiences to unleash his own artistic ambition. His foundation began in representational oil painting, but the combination of oil and cold wax together with more introspective subjects steered him toward abstract art. Studying in the studios of various artists he began to hone his craft. He has studied in studios across the country, from Santa Fe and Albuquerque to Wisconsin and Montana. He continues to paint regularly in the same studio where he started over 15 years ago, and is pleased to have his own dedicated studio space in his hometown outside of St. Louis.

Mark’s work has touched a variety of audiences. His award-winning abstract oil and cold wax paintings have been presented in galleries, group and solo shows and in private collections from the Midwest to New York, Berlin, and Mumbai, and adorn the walls of organizations, homes and businesses. His first solo show was held in 2013 at Picasso’s in St. Charles, Missouri and he has since had solo exhibitions at locations such as the Renaissance Hotel, Space Design, Third Degree Glass, Starlight Gallery and 1900 Park Creative. Based in St. Louis, Mark is a member of the Greater St. Louis Art Association, St. Louis Artist Guild, and Art St. Louis, and he is a past board member of MySLArt. Mark is a juried member of Best Of Missouri Hands and was selected as a St. Louis Art Fair Emerging Artist participant.
Mark and his art have been featured in multiple print and television interviews and his art is included in the recently (2017) published book Cold Wax Medium – Techniques, Concepts, Conversations by Crowell & McLaughlin. His work can be found online at www.MarkWitzlingArt.com.

Mark is currently showing this month at Jacoby Art Center in Alton, Illinois and will be the featured artist in September at Green Door art gallery in Webster Groves, Missouri.