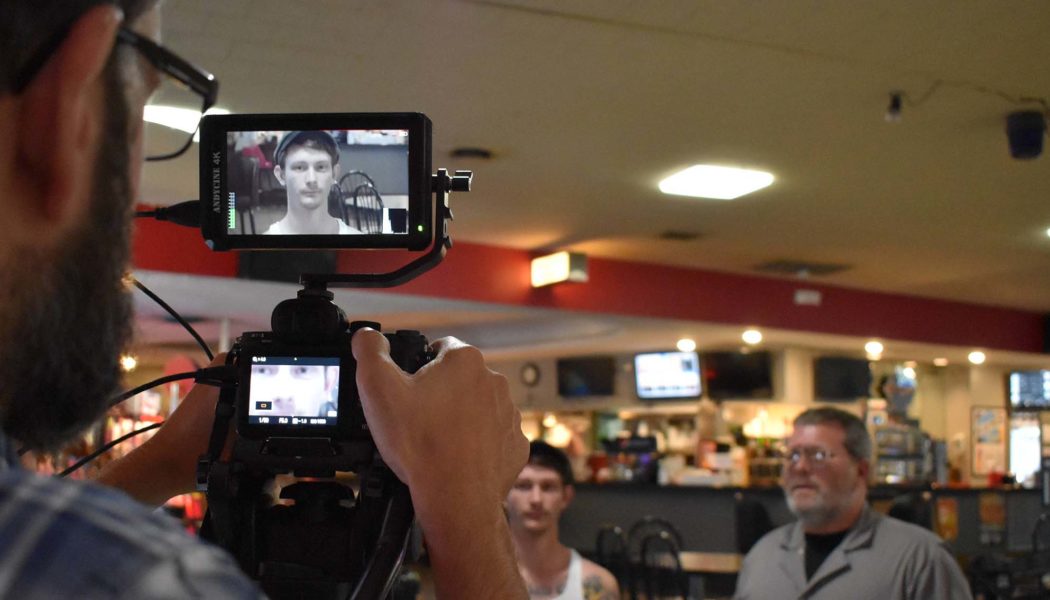 The young Bump Kowalski got his name for the body maneuver that pinball players use to influence the trajectory of the silver ball. Young Bump was a pinball champion (NOT a pinball wizard – a pinball CHAMPION). In his glory days (think Bruce Springsteen) he was somebody. And that somebody wasn’t always around for those that he meant allot to. And in this case, the person that he meant so much to is Bump’s estranged college-age daughter.  Bump is no longer young nor a pinball champion. He wanders and wonders, how can he become something again that might fill the gap that grew all those separated years when “all he is” is a shadow of the “wizard” of days gone by? In “Bump Kowalski and The Ten Commandments”, Bump is on a journey, following his heart, looking for love and meaning in a post-pinball-arcade world.

And Bump Kowalski is the feature character of “Bump Kowalski and the Ten Commandments”, a new release feature film. And it isn’t just any Hollywood feature film. It is a locally produced, indie, punk-rock film written, produced, filmed and starring all local talent. And, after almost three months of pandemic delays, it is debuting on Monday, July 13 on the really big screen at a local Covid-friendly venue, the Skyview Drive-in Movie Theatre in Belleville, Illinois. From the comfort and safety of your very own socially distanced motor vehicle space, you can not only watch this epic film, you will also be treated to the live music performance of two local bands, Bruiser Queen and Brother Sparg and the Rapp Band. They are not only the warm-up entertainment. Their music is featured in the soundtrack of the film.

So, who is the local talent that you will see up on the big screen? (in alpha order) Jillian Bovinette as Tina Kowalski / Joshua Bovinette as Bump Kowalski / John Patrick Costello as Jimmy Boring / John Sparger as Flip Campbell / Alex Usherwood as Pretzel Tigg / and Ann Westbrook as Charlotte Cake.

“THOU SHALT NOT MISS THIS MOVIE”

The First Day of August (Sunday): Gesso Magazine asks that all businesses, venues, performers, and patrons follow all suggested social distancing, health measures, and guidelines.Copper Dock Winery (Pocahontas) – Pat Liston; 2-5pCopper Fire Bar and Eatery (Belleville) – Terrance Wafer is back at Copper Fire!; 1-5pDefiance Ridge Vineyards (Defiance) – Rogers & Nienhaus; 1-4pSaint Louis Art Museum (StL) – The 2021-2022 Young Artists exhibition “Metamorphosis: Yesterday, Today, Tomorrow”; This gallery showcases artworks by local teens who took inspiration from their contemplations of the effects of transition in a year that brought about great changes in peoples’ lives.The Edwardsville Arts Center (Edwardsville) – Celebrate 20 years with us; We will be honoring our co-founder, Dionna Raedeke as the Patron of the Arts. We will also have an auction featuring 20 local artists who are generously donating unique studio experiences and original art; 2-4p ... See MoreSee Less
View on Facebook
· Share