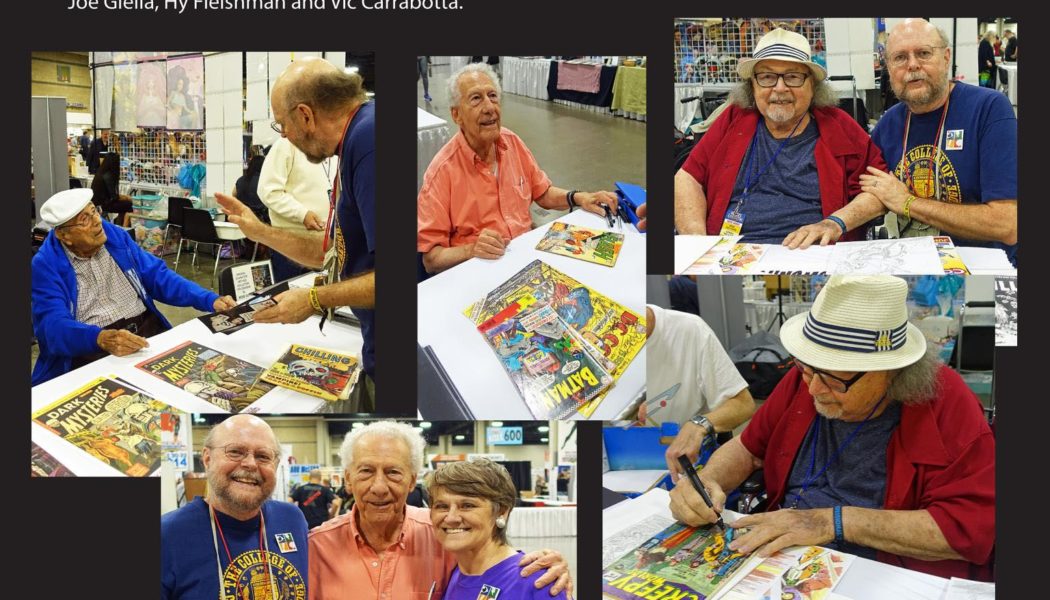 I joined the Supermen of America in 1958 and have done my best to pursue Truth, Justice and the American Way ever since. I was awarded the 1st “Marvelmaniac-of-the-Month” award in 1969 by Mark Evanier and a coveted “No-Prize” by Marvel’s Stan Lee while attaining the hallowed rank of P.M.M., Permanent Marvelite Maximus. I taught manga at Technos University in Tokyo (Japan); illustration at the ISBK in Salzburg (Austria); bookmaking at Washington University’s Fine Arts Institute; and lectured on creating comics around the world. I studied with one of the leading political illustrators in Germany, Luis Murschetz, as well as current comic greats, Christopher Moeller, Scott McCloud and St. Louis’ own Matt Kindt.

My wife, Charlotte Johnson, and I co-curate a comic art touring project entitled, Who Knows What Evil Lurks in the Hearts of Men (and Women)? I Do! I Do! (WKWELHMW). Our show has already been in Australia, Ireland, New Zealand and, now, from January 8 – 30, 2020, at the beautiful University City Public Library (UCPL) Gallery in St. Louis. The Gallery is located at 6701 Delmar Blvd. in University City, MO. The Library is open Monday through Friday 9 a.m. – 9 p.m.; Saturday 9 a.m. – 5 p.m.; and Sunday 1 – 5 p.m.

My unconventional artwork is inspired by banned 1950s comics. Why? Dr. Fredric Wertham, a leading New York psychologist in the fifties, proclaimed that comics were largely responsible for juvenile delinquency according to his misleading “findings.” He encouraged comic book burnings, the development of a Comics Code and a Senate investigation that eventually led to the collapse of a substantial segment of the multi-million dollar comic book industry. Hundreds of comic book artists, writers and publishers never worked in the industry again. Most comic book publishers ceased publishing.

Half of the WKWELHMW show is composed of poster-sized panels in comic form that relate the history of the 1952 Senate investigation that gutted the burgeoning comic book industry, its aftermath, and how the investigation creatively shaped my own work. The display focuses on comic book censorship and the notorious book burnings held from 1948 – 1952 at the same time as the Red Scare. Strangely enough, these American comic burnings took place almost ten years after the widely-condemned Nazi book burnings. There are disturbing and perplexing parallels with current events.

I have spent the last few years developing an original body of satirical comic narratives composed of kaleidoscopic quilt-like patterns inspired by the banned 1950s horror and crime comics. One of the best days of my life was at the 2019 Heroes Convention in Charlotte, NC. I got to meet and talk at length with Hy Fleishman, Joe Giella and Vic Carrabotta. All three horror comic creators were put out of work by the Wertham scare.These three gentlemen, all veterans and now in their 90s, told story after story about how they survived as artists under these difficult circumstances. Our show is dedicated to them. The UCPL exhibition catalog has just been published.

Comics remain the most banned publications in America!

Who Knows What Evil Lurks in the Hearts of Men (and Women)? I Do! I Do!