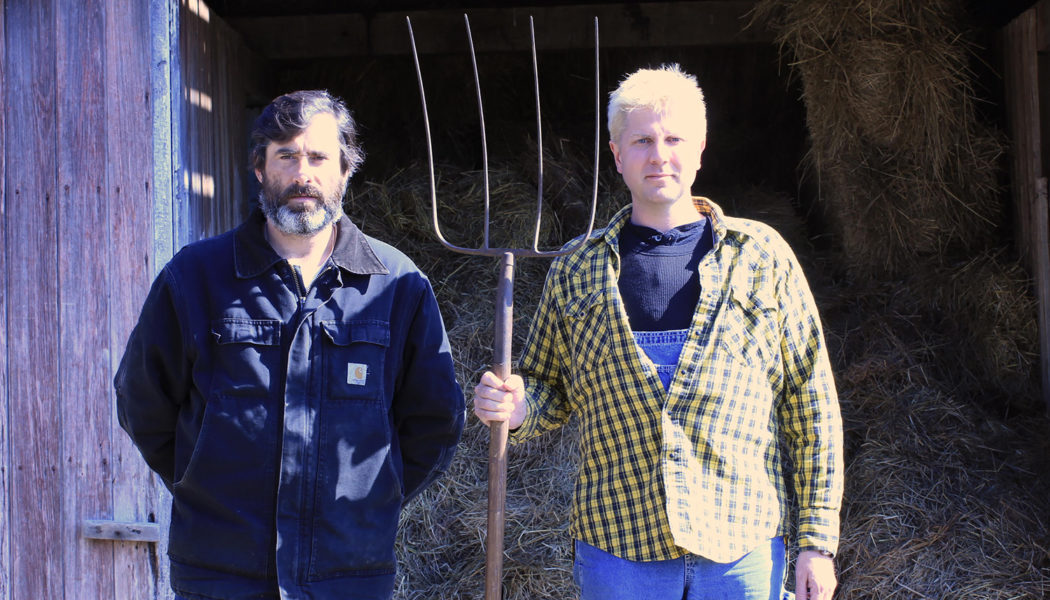 “Belleville is the town that launched me into the world,” explained actor and producer Ted Trentman (AKA Ted Trent) who now lives and works in Los Angeles. “To come back here and make a movie which makes Belleville magical—what could be more rewarding than that?”

Such was the inspiration for the feature film Belleville, which was filmed in and around town for twelve days in October of this year. The movie, written and directed by Trentman’s L.A. collaborator Dan Ewald, is a fictional story about a man named Willie (played by Tim O’Leary) who has become withdrawn and reclusive after the death of his wife. His only human contact is a cynical and manipulative divorcée named Arlene, who spends time with Willie mostly for the pleasure of sharing her own bitterness and negativity. Suddenly, a mysterious stranger named Neila, (played by Ted Trentman) appears. His disarming sincerity, childlike joy, and sudden unexplained appearance causes the people of the town to speculate that he is from another world—which turns out to be the case. With his gentle benevolence, Neila begins to draw Willie out of his despair and back into life and the community around him.

While small in scale and budget compared to most Hollywood movies, the production of Belleville brought a level of filmmaking experience and professionalism rarely seen in the Metro East. Accompanying Trentman, Ewald, and O’Leary from Los Angeles were Director of Photography Brett Frager and location sound mixer Johnny Kubelka. Most of the other cast and crew positions were filled by locals, including by several current and former students of the film program at Southwestern Illinois College: First Assistant Director Damon Taylor, Production Coordinator ShaTonya McClain, and Script Supervisor Logan Short along with others.

“I couldn’t have asked for a nicer bunch of people to work with,” Logan said after the film was finished. “They definitely guided me and helped educate me about the industry and what it takes to work in film. If there is any magic in filmmaking, it’s in the way that everyone works together to achieve a common goal. There’s a science to it, a methodology that takes a lot of work and effort.”

Everyone on the crew expressed amazement about the enthusiastic support they received from the people of the Metro East. “I’ve never seen a community come together behind a film like this,” Trentman explained at the end of the shoot. The City of Belleville provided valuable assistance, including closing down the traffic circle downtown for an hour so the filmmakers could shoot a scene at the iconic fountain. Many businesses in Belleville and surrounding towns were used as locations for the film, including Eckert’s, the Weingarten, the Bluegrass Shack in New Athens, and many others. Cathleen Lindauer, Tourism Director for the Belleville Chamber of Commerce, was instrumental in connecting the filmmakers to local business owners and vice-versa.

“Before we even got to town, I received an email from the president of Eckert’s offering the use of their location. In L.A., heads of companies do not call you and offer to help you with your film!” Ewald said with a laugh.

Most of the filming for the movie took place at an unoccupied farmhouse in Freeburg owned by Ted Trentman’s family. Dropping by at different times during the shoot were Ted’s father, mother, and brother, Bob, who helped with a lot of the hard work of getting the farmhouse ready for a film crew, delivering port-a-potties, a generator to provide electricity for lights, and a camper trailer which served as a combination mess hall and dressing room for the actors.

Like many local people who have never witnessed a film shoot, Bob Trentman was very impressed by the operation. “It’s just cool to watch how these guys work. I’ll probably never see anything like it again in my life.”

The farm was the site of perhaps the biggest logistical challenge for the filmmakers, when over 100 extras converged for a scene in which the townspeople come to help rebuild Willie’s house. A large crane was brought in for a birds’ eye views, and a remote-controlled Quadcopter hovered in the air overhead with a tiny GoPro camera recording aerial shots. The army of extras, ranging in age from 10 to 80, seemed excited to be a part of the project, and several lingered after the shoot was completed to have their pictures taken with the director and the stars of the film. Ewald and Trentman treated everyone from the lead actors to extras and production assistants with the same respect and gratitude. “My brother is awesome,” said Bob Trentman, observing the filming from the seat of his John Deere tractor on the family farm in Freeburg. “He is just a totally genuine guy.” That’s quite a compliment coming from a guy on a tractor.

Ted’s salt-of-the-earth character was revealed dramatically one night during an unexpected mishap on the set. While filming a quiet scene around a campfire on the Trentman farm, suddenly the borrowed generator burst into flame. Fire spewed from the gas tank while the crew watched in horror from a distance, wondering what to do. Camera operator Christopher Jordan, like a true camera guy, kept filming to capture the drama, while others recommended letting the fire burn itself out. Not Ted. He grabbed a five-gallon bucket, rushed to the nearby horse trough for water, and charged at the fire. He hurled bucket after bucket of water at the flames until, like Red Adair battling an oil well fire, he scored a direct hit on the burning plume and put it out cold. Try to imagine an actor or producer on a Hollywood movie doing that! Trentman grew up in Belleville, attending Henry Raab Elementary School before going on to high school in O’Fallon and college at Illinois State. After filming on the Belleville movie was complete, Trentman visited Henry Raab Elementary and Central Jr. High to talk about the project and show a few scenes in what must have been one of the most exciting assemblies of the school year for the kids there.

When asked how they liked making movies here compared to in L.A. (where they all worked together on the feature film Hidden Hills last year), the filmmakers were unanimous: “I like it here much better. It’s so hard to make the kinds of movies I want to make in Los Angeles.” Actor Tim O’Leary agreed. “There is such a community here. In L.A. you don’t have that. You have to make your own community there, but it’s not the same.”

According to Script Supervisor Logan Short, “What was so cool about the movie was seeing the community of Belleville do exactly what the community in the story was supposed to do—come together for a common goal. And how Ted Trentman, even though he was the producer and star of the film, always kept such a positive attitude. I think it was mutual; the people of Belleville made it easy for him to always stay positive.”In the end, what is most remarkable about Trentman and Ewald is their motivation for making movies. They are clearly in it for something other than money. They enjoy making movies that make a difference in the world and provide inspiration to others. With their skill and experience, it would be easy for them to make a good living working on commercial movies, but they would much rather make the kind of movies they want to make, even if it means investing their own money in the projects. “People need to understand that I’m not just making this movie for myself. I’m making this movie for US.”

By “us” he meant Belleville, the town that launched him into the world. Judging by Trentman’s accomplishments and character, Belleville did a good job.

Trentman and Ewald plan to finish editing Belleville by early next year, and are hoping to screen the film at the Lincoln Theater and at Southwestern Illinois College, possibly in conjunction with Belleville’s bicentennial celebration. Stay tuned to Straight Up Magazine for updates and release information. Ted and Dan are already talking about another film project they hope to come back to the Metro East to shoot.  It’s a story about a high school speech team, like the one Ted was on as a student at O’Fallon High School.  ”Being on the speech team was what got me interested in acting in the first place.”  It is only natural that he wants to celebrate the experience in a film.  ”It’s a way of giving back,” he says, just as he gave back with his film, Belleville.

Str8Up staff writer Dan Cross teaches film and runs the film program at Southwestern Illinois College in Belleville.  He was “imbedded” with the film crew of Belleville during their work in the Metro East and served as set photographer. He also works on other local films, including the recent feature Go South for Animal Index, on which he served as editor, assistant director, and co-director of photography.  Go South for Animal Index will screen at the St. Louis International Film Festival on November 24, 2013 at 6:30pm at the new KDHX Performing Arts Center at Grand Center.  Cross also plays in two local bands, EarthSol (profiled elsewhere in this issue) and the Vinyl Frontier.