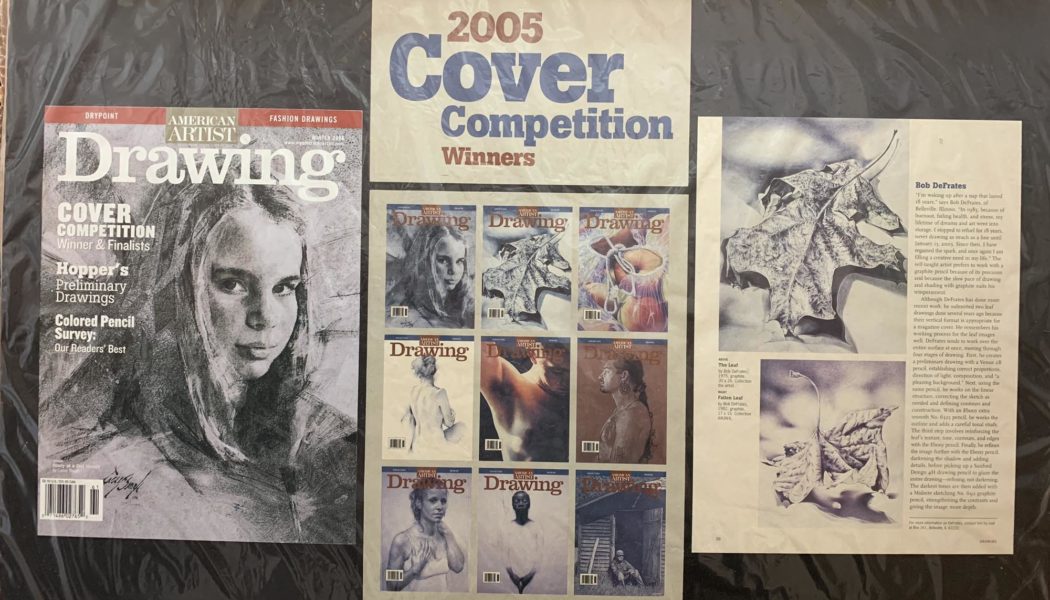 Mr. DeFrates was born in Belleville, Illinois on February 12, 1944. He is a self taught artist and works exclusively in graphics (graphite drawings and etching) from his studio in Belleville. Dreams of becoming a successful artist began at a very young age. Early works appeared on grocery bags and in loose leaf note books using the only materials available to him, graphite pencils. Eager to see the world, at the age of 17 he joined the Navy, 1961-1965, drawing portraits for other sailors of their girl friends from wallet photos.

His last tour of service in the military was as a radar-man aboard the USS Enterprise, the first nuclear aircraft carrier. As one of the crew in 1964, Mr. DeFrates circumvented the world in “Operation Sea Orbit”. Qualifying for the GI bill, he continued his art training by studying the academics of art. 1969-71, at Belleville Area College (later re-named Southwestern Illinois College). As a student, he received the art award for outstanding achievement. His college art was also included in the “Anthology of College Art” (Who’s Who) by the “National Poetry Press” in 1971. The artists’ etching background includes studying the techniques of etching with St. Louisan Jim Harmon. Since turning professional in 1972, Bob DeFrates’ art has received numerous state and national prizes, invitations to exhibit, purchase awards, and commissions. Nationally, his work was included in over 250 gallery and juried group exhibitions. To see more of his work, he and his art can be found at DeFrates Picture Eye Gallery in Belleville, Illinois.

Getting Through the Holidays Using Art Therapy Ideas for the Family

The Day the Music Died

From our Friends at House of Miles East St. Louis: ... See MoreSee Less