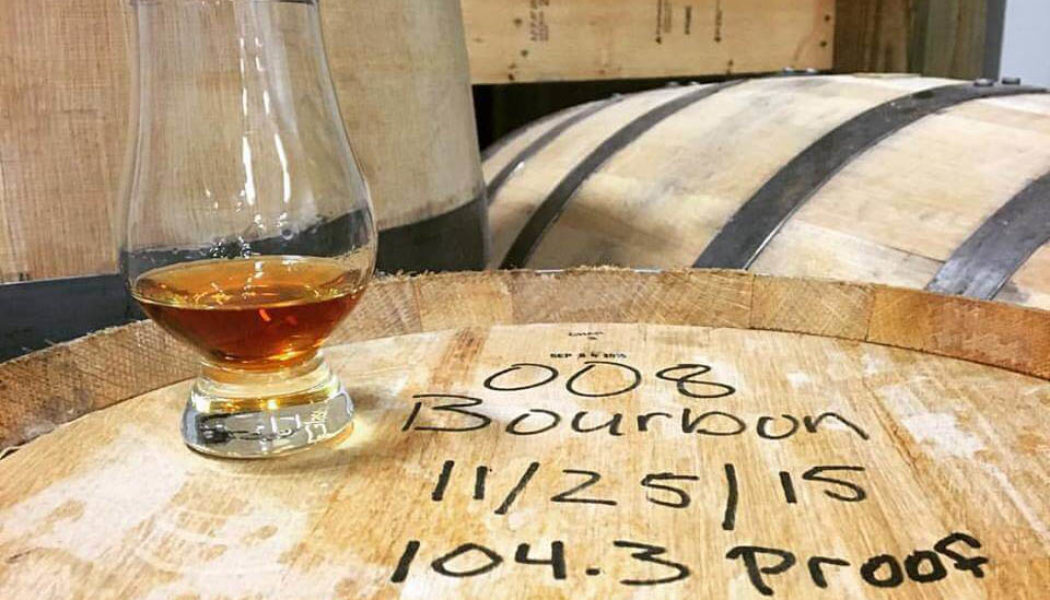 During my recent visit to Portland, Oregon, I was mesmerized by all of the establishments that serve craft beer. I’ve heard all my life that they like their beer – and coffee – up there in the Great Northwest, but to be immersed in the culture did good things for my soul. Verifying various crafter’s claims, forming hypotheses, collecting data, you understand. It’s part of the scientific process.

Most of the breweries create their delectable concoctions on the premises. Their “labs” range in size from that of an average basement to a city block. There were lagers and porters, IPAs and APAs; stouts and ales, oh my. And most of the ingredients are locally sourced. It’s almost law.

But that was then and this is now.

I have an eclectic collection of taste buds, and that often works to my advantage. Highly adaptable yet discerning, my “buds” help me decide when it’s time to add new items to their repertoire.  For example, in the last year I have acquired a taste for bourbon.

There are talks among close friends and acquaintances of experiencing the Bourbon Trail in Kentucky and parts of Tennessee. More sampling, merely for the sake of science, right?

Hold on! I may not have to go to Louisville or to the town where Maker’s Mark is produced. I’ve found a local spot in Columbia, Illinois, where they grow their own grains – corn, wheat, barley, and rice – on an eight-generation farm. Three-hundred acres of land for grain-growing and a nine-acre distillery. Talk about locally sourced!

To make the situation even more enticing, they use fresh limestone filtered water as a base and maintain complete control of the entire process, including growing the grain, harvesting, milling, mashing, fermenting, and distilling small-batch spirits at their finest. What could be better?

A bit of history

“My great, great, great, great grand-father on my mother’s side was deeded 200 acres of the original farm for a dollar,” said Adam. “That farm remained in my mom’s family for three generations,” he said.

“Then my mom’s family in 1904 sold it to my dad’s family. Eighty years later my parents got married.”

Stumpy’s is now four years old. Mainly a tasting station, there are plans to enlarge their capacity and to extend services. On October 5th from 4-10 PM Stumpy’s will be the site of a Fall Festival with several food trucks.

“We also conduct tours,” said Laura. “The cost is ten dollars per person and includes samples, a cocktail and a Stumpy’s souvenir glass.”

What’s it take to make it work?

First of all, you have to have some smarts about how things work. A science background, for example, doesn’t hurt. Adam graduated from the University of Missouri Science &Technology at Rolla, Missouri, with a degree in mechanical engineering and a minor in business.

Adam received his MBA from Washington University and took an entrepreneur course where he was required to develop a business plan for a potential company. He developed Stumpy’s Spirits and pitched the idea to Olin Cup Business Competition at Wash U’s Entrepreneurship Center where he was a finalist.

Laura and Adam used the plan to get Stumpy’s off the ground, and they also entered the plan in SIUE’s StartUp Competition where they earned 2nd place.

Furthermore, working at Anhueser Busch while he was obtaining his MBA certainly didn’t hurt.

Not only does one have to know a bit about how things work, but there needs to be a love for the work. Some call it passion. Others insist that it’s just good ole hard work. I believe it’s both.

“It’s all about the taste of a region,” said Adam. “Our approach is quality into the barrel, quality out of the barrel… when you’re distilling bourbon, there’s a romance about it.”

Although Laura has two degrees in science, she enjoys working with people.

“Working with the public is where I feel at home. So, running our store front and managing our team is perfect for me. I love it!” she said.

A bit about the tasting room, tours, and other tidbits

The Stumpfs invite you to take an in-depth look at everything they do at the distillery. Tours allow visitors to see first-hand the parts of the production process. From cleaning the harvested grain to mashing; from fermenting to distilling and bottling. In about 45 minutes you will have a better understanding of what goes into each and every sip of that precious product.

The whiskey and such

When I visited Stumpy’s Distillery last week, I couldn’t wait to sample. I had a problem, however. Which one should I sample first? So, I started in the order that the bottles were lined up.

(The samples were small, you understand – about ¼ ounce – and that’s good when you have many from which to choose. Back to the story…)

This particular bourbon whiskey is 90 proof, crafted from a signature blend of corn, winter wheat, and barley malt. It’s aged in charred Missouri oak barrels and goes down smooth.

Did I leave anything out? Possibly. You’ll just have to take a trip to the distillery and see for yourself.

Hand-crafted spirits seem to be in vogue, but so few pull it off well. There are exceptions: Stumpy’s Spirits and Distillery in Columbia, Illinois. It’s one of the few distilleries in this part of the country that fully utilizes available resources to produce such wonderfully pure products.

Just as the hand-crafted beers in Portland made me sit up and pay attention, so have the spirits at Stumpy’s Spirits Distillery. I think it’s time to pay tribute to artisans such as Laura and Adam Stumpf and to give them the attention that they deserve. It’s all in the family.

It’s important for each tour to have the optimal number of participants. Please call or e-mail at least 24 hours ahead to make a reservation. Tour times are as follows:

The tasting room hours are as follows: