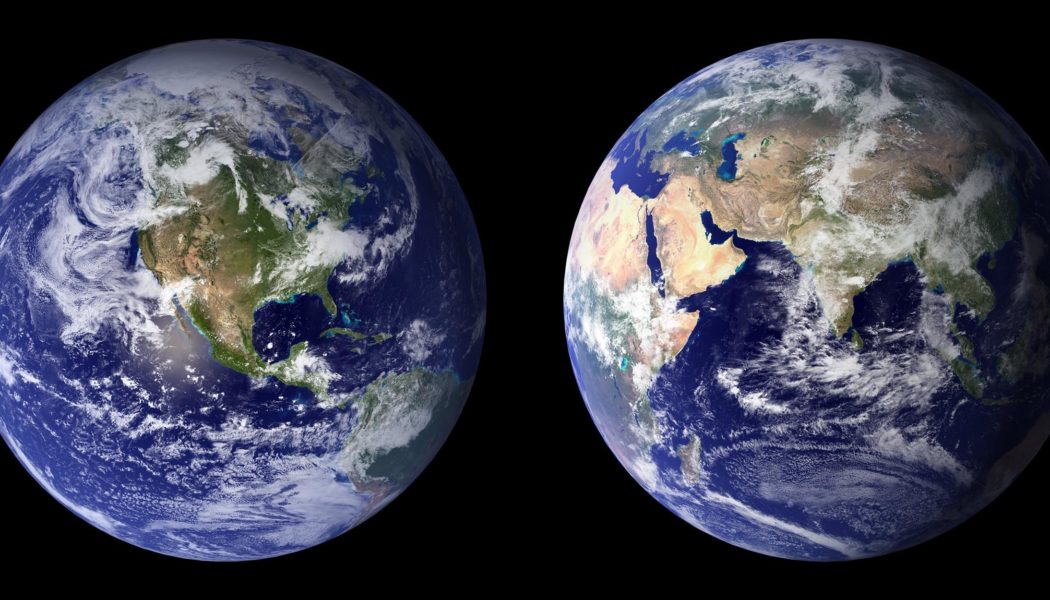 One April morning, I awoke and ventured outside to the conversational sounds of the owls in my small-town neck of the woods. Elsewhere, there might be wind instruments being walked down the otherwise empty urban streets and played inspirationally. While still elsewhere, a ventilator isn’t enough to keep someone breathing.

We, as a nation, have left ‘normal’ behind us in the sand like a hermit crab abandons a soda can, venturing forward towards whatever better-suited comforts we can hope for and out into the dangers of the unknown.

What ‘new normal’ do we think we’re evolving into?

‘Normal’, in this context, is the theory of a nearly ubiquitous routine experience shared within a culture.

So, ya, the new normal will surely include that the sun will rise in the morning, and that’s about it. Whether the clouds deny us sight of it or not, the sun will gift us daylight until it has expired its own celestial longevity. And then, too, will we be faced (a dozen or so hours later) with nightfall and a sense of darkness. But here in America, we have become splintered from the conceptual normal experience in part by how this crisis has bloomed: the widely varying shades of our reaction to it.

The word ‘pandemic’ wasn’t much in our national dialogue when some of us began first sounding alarm bells that seemed reminiscent of a boy yelling ‘wolf’. SARS, MERSA, Bird Flu, Swine Flu, Ebola, Zika, and so on had barely scratched us in American casualty numbers (by comparison), whilst we were all-the-while inundated between campaign ads with their daily mentioning on TV and Radio, at bus stops and water coolers, and whatnot.

So, this early wave of Novel Corona outcries went widely unheard or unheeded. Not by the congress members who were being briefed in detail on the subject before dashing towards their stock brokers for pre-panic sell-offs, but by us the daily-grind everyday everybodies. Now, while some households are wearing gloves and masks to do even lawncare or get the mail and wiping down every item that dares to come through the door, other folks in other states haven’t even been asked by their governors to ‘stay-at-home’ yet.

In more than one mentionable instance, folks have recently gathered together in large-scale ‘corona parties’, laughing this all off between drinks and smoke (presumably).

Those whose jobs or vocations are deemed ‘Essential’ are forced by their commitment to their vocation or the economic necessity of their jobs to venture out again and again for more than groceries or household supplies and whatnot, whilst others are sent home to spend time with themselves, their houseplants, their pets, or loved ones and stay distant from all others as best they are able. Some parents haven’t spent this much direct time with their kids since their kids began kindergarten. And some haven’t deep cleaned their houses so hard since they first moved in.

There are videos and pictures (circulating on social media) of doctors and nurses who come home these days only to live at a distance from their families like in quarantined rooms or tents in the garage. And still some of us are out there complaining about how hard it is to be disembarked from the ‘normality’ of their old routines – calling it ‘lock-down’ to keep mostly or entirely within their abodes. These people have rather certainly never been jailed, institutionalized, captured by a foreign enemy, or incarcerated or they likely would understand what ‘lock-down’ truly is and see how much of a distinction it is to simply stay-at-home. (Those of us with homes to stay in would be well-advised to remain grateful – besides gratitude in general is good for the mind and the body)

But still, some folks aren’t playing along with precausions (not by far) – experiencing this as a blown-out-of-proportion socio-political hype aimed at fear-mongering, power-grabbing, and control. These people are also not altogether off-base in their perspective.

In the time that we have been on a non-stop COVID-19 news cycle, the elected or appointed ‘powers-that-be’ have made impactful changes on our environmental standards to the detriment of nature, taken lands from native peoples, sought to ‘temporarily’ dismiss segments of our constitutional protections, and floated a multi-trillion dollar cover-story laden with vague distributive powers and a misguided notion that trickle-down relief will assuredly reach the masses.

Most of us, are listening nearly exclusively to the numbers of $1200, $2400, and $500 (per child), ignoring the rest of the allocation. The Pentagon has appealed to congress (rather quietly) to no longer be required to fully disclose its spending habits while we’re all checking our mailboxes or our bank apps to see a few extra dollars join our household’s budget. Food stamps and the Social Security system are still under attack, whilst the ideas of universal healthcare and universal basic income are put into temporary taste-testing phases. Strange times, indeed. Some states have taken up an even stronger attack on abortion amongst these tribulations of public health under the premise that ‘frontline’ medical needs are being unmet because of ‘non-essential’ medical care.

And this brings us conveniently around to this wartime idea of a ‘frontline’ where the virus is being fought with mixed results by hospital staff and that the rest of us are relatively safer behind their protection. It was recently declared in a somewhat viral video from a doctor’s perspective that (as Rage Against the Machine summed it up concisely):“The frontline is everywhere.”

Dr. Michelle Au expressed her opinion that we, those everyday everbodies going about our lives with varying degrees of precaution and social distancing, ‘Essential’ workers and ‘stay-at-homers’ alike, are truly the frontline forces of this ‘war’ and that the hospitals are actually the ‘last line of defense’.

Puts a new take on things now doesn’t it. The preventative power lies with us, all of us in the general public.

It is just in the last few days that the CDC has put it out there that even asymptomatic individuals ought to wear masks in addition to social distancing when their circumstances call for leaving the house. POTUS Trump rather immediately expressed a more casual take, something to the effect of ‘you can if you want to, you don’t have to. I’m not going to as of now.’

So, why did it take so long to be advised to wear masks rather than not? Perhaps simply to allay potential panic. Perhaps because the supply chain of PPE such as face masks was originally so very strained and meanwhile unprepared to give the hospitals their due preferential bias when it comes to dispersal. If, when this virus situation first became large scale for our country, we had advised everyone to wear masks, the same thing that happened to toilet paper would have happened to masks. Now, we are in a position whereby just as WWII called for victory gardens in our yards, wives to take up factory jobs, and familial rationing of food and supplies, this ‘war’ currently calls wide-spread for volunteer ‘seamsters’ and seamstresses to make and distribute home-made masks from whatever the most well-suited materials they can find.

This is what this piece of prose is actually aimed at: We as a nation will never fall back to the ‘normal’ that we knew last year or previously. Polluted airspace and waters are clearing up as wildlife begins an urban expansion the likes of which we’ve only seen in dystopian films and books and comics and such. A new generation is planting food and rationing their household supplies and growing up with an educational necessity-based emphasis on the internet and social media. We are raising a generation that will not forget these times as quickly as other large-scale events. This ‘event’ on our American stage has scarcely finished with its opening scene and for sure we are in for the long haul; and yes, surprise, we are (with a wide varying array of contexts) “IN THIS TOGETHER”. And we can all act as though that is what is ‘new’ here, but the generation googling all its curiosities from the couch or curb or park bench will not be fooled into falling backwards into an old paradigm of ‘everyone for themselves and their kin and no one else’ … This, in hindsight, more so than the Cuban Missile Crisis, the Challenger explosion, or the events of 9/11/2001 will remind us that the planet, not just the nation or the neighborhood share in the synergy of convergent fates. Should we export some proportional amount of masks to other countries at this moment? Of course.

Nationalism will not protect this nation from a global pandemic, and why would we expect other nations to send us masks, ventilators, or PPE of all necessary sorts or other aid if we have a purely ‘America-First-and-Only’ policy in this ‘war’ situation. If our government is confused, I hope they find clarity soon: This is not a war between nations, but a universal struggle of our species – our giant family of mothers, fathers, brothers, sisters, and so on – and of the planet.

And just like a great deal of families in America, we are prone to many different viewpoints and ultimately much drama along the way, but in the end it will be a result of us all (individually) whether we (collectively) thrive our way into a ‘new normal’ or perish at the hands of the old one.

To be in touch with the author:
Please Direct Questions / Comments to
Editor@GessoMagazine.com