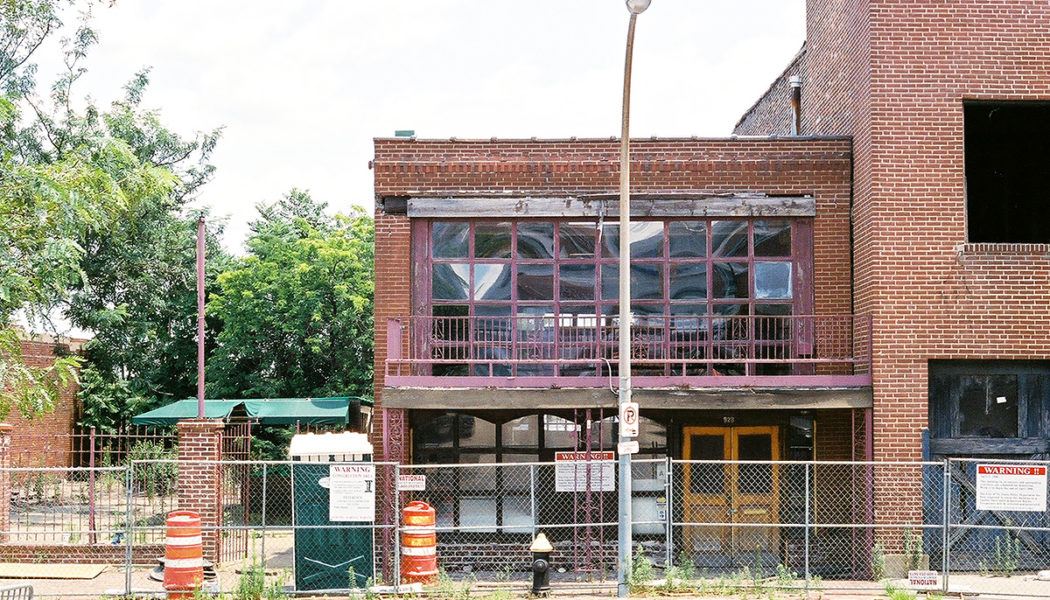 With all of us embarking on a new year, I often think of the age-old expression, “out with the old, in with the new”. I decided this would be “my year” to check off something that had long been on my bucket list for over twenty-five years…. visit the Wax Museum on the Landing in Saint Louis, Missouri (old) and see the newly renovated Arch grounds while I was there (new). It had been over thirteen years since I last walked the cobblestone streets and photographed the area, and so I figured now was as good a time as any, to finally hit a destination I had long since passed over, but never visited to see what was inside.

In the early 1760’s, Pierre Laclede Liguest and his common-law stepson, Rene Auguste Choteau, set out on a quest to establish a fur trading post on the western banks of the Mississippi River. In 1764, Laclede decided on the location, and the successful fur trading village developed into what is today the city of Saint Louis. Since that time, the area evolved into a warehouse district of important businesses along the levee. The nine-block area downtown which bears his name, Laclede’s Landing, is an area designated a national landmark and listed on the National Register of Historic Places (courtesy LaCledesLanding.com). In the late 1970’s, the area was designated to be turned into an entertainment district which was comprised of bars, restaurants, shops and sidewalk cafés.

I first began frequenting the Landing when I was about 18 years of age in the early 1990’s. I ventured into a place then called Muddy Waters, and from there I was enticed by the area, its history, and charming cobblestone streets. At that time, you could be 18 and legally gain entry into many clubs, like Mississippi Nights for all ages shows. The cobblestone streets really were original and did not mix well with stilettos, but nostalgic none the less. The Landing was the place to “see and be seen” once dusk fell back then. I remember with fondness establishments like Rivers, Tazmania, Harpo’s, Show Me’s, Trainwreck, Boomers, Jake’s Steaks, The Dirt Water Fox at the Embassy Suite Hotel, The Royal Dumpe Theater, Morgan Street Brewery, Planet Hollywood, and Kennedy’s to name a few. In 2005, fate would bring me to work downtown at a time when the former excursion showboat SS Admiral was about to be dismantled (then called President Casino) and a new casino was going to be built, by Pinnacle Entertainment, Inc. I had a sickening sensation that I needed to photograph some of the long-since abandoned establishments of my youth, and luckily, I was able to capture some of First Street before the buildings were razed. The website lacledeslanding.com has a wonderful section about the history of many of the remaining buildings and their importance, but has Saint Louis forgotten the river and area that gave the city its purpose?

My return visit was a bit of a shock, as many establishments are no longer there, but the Wax Museum and Spaghetti Factory remained. I was quite impressed with the Wax Museum; for a mere ten-dollar entry fee, I had a very enjoyable time there, and was glad I went. There were many levels of wax figures from President Donald Trump to Star Wars characters, former presidents, actors, singers, Jesus, and a section designated – where else but in the basement – for horror figures. The Arch grounds were very nice in appearance, and I am hopeful that the new renovation will bring much needed purpose to the Landing, and hopefully new businesses and establishments can bring this very important historic area back to what it was meant to be….enjoyed and appreciated. New lofts are rumored to be in the works for the area, and hopefully revitalization will be well worth the wait. Until then, check something off your bucket list and don’t hesitate to be a “tourist” in your own city!

The First Day of August (Sunday): Gesso Magazine asks that all businesses, venues, performers, and patrons follow all suggested social distancing, health measures, and guidelines.Copper Dock Winery (Pocahontas) – Pat Liston; 2-5pCopper Fire Bar and Eatery (Belleville) – Terrance Wafer is back at Copper Fire!; 1-5pDefiance Ridge Vineyards (Defiance) – Rogers & Nienhaus; 1-4pSaint Louis Art Museum (StL) – The 2021-2022 Young Artists exhibition “Metamorphosis: Yesterday, Today, Tomorrow”; This gallery showcases artworks by local teens who took inspiration from their contemplations of the effects of transition in a year that brought about great changes in peoples’ lives.The Edwardsville Arts Center (Edwardsville) – Celebrate 20 years with us; We will be honoring our co-founder, Dionna Raedeke as the Patron of the Arts. We will also have an auction featuring 20 local artists who are generously donating unique studio experiences and original art; 2-4p ... See MoreSee Less
View on Facebook
· Share