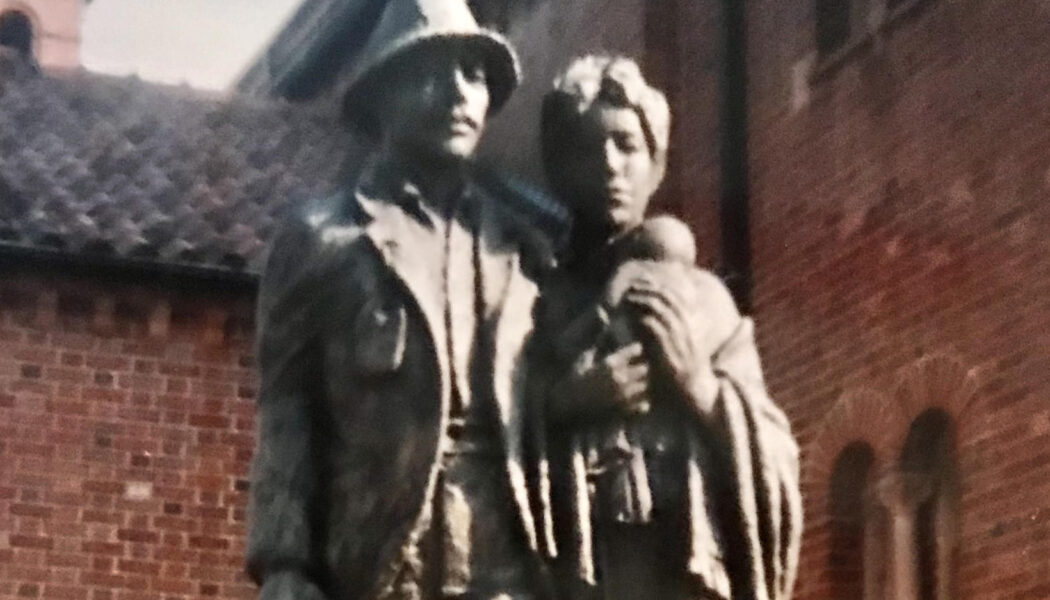 It is more of a rhetorical question actually. For much can be said about a name and quite honestly, history can be made by namesakes. I have often thought about the origins of certain family names being a teacher of history by occupation, and lover of all things Saint Louis. When a child is born, a mother and father think long and hard on a suitable name. When a new fur baby is adopted, the perfect (or should I say purrfect) name is often thought about for days before finally picking one. My maiden name, Campise, is of Italian origin and part of my Italian American identity growing up. My two rescue dogs Daggett (deceased), and Milo, (my two year old rescue lab/pit mix puppy) were both named after the Hill. Daggett is the street which my father’s family had owned properties on when my great grandparents emigrated from Sicily to Saint Louis in the late 1800’s and settled here in America to start a new life. Daggett Avenue was named after John D. Daggett, Saint Louis’s fifth Mayor in 1841-1842. Mr. Daggett also was a steamboat businessman and later the founder of the Gas Light Company. Milo was named after Milo’s Tavern, a restaurant and bocce ball establishment on the Hill I enjoy visiting located just off of Wilson Avenue. Milo’s is best known for its friendly staff and fun bocce garden patio which has league and recreational play. The Hill also has an authentic Italia- America Bocce Club located on Marconi (of which I am a member) and hosts National Championships and tournaments offering league play for every level (stlbocce.com). Bocce ball is a very enjoyable game and fun for all ages. A lot can be said about a name indeed!

The Hill (“la montagna” in Italian- meaning the mountain) got its name “the Hill” due to its high ground just south of Forest Park, near Arsenal Street and Sublette Park today (formerly Manchester Park). In the 1850’s, after rich clay mines were discovered near what is today Kingshighway and Hampton, the area attracted many skilled immigrants from Ireland, Germany, Italy and China to the area, along with African American workers. It was in many ways a “blue collar” area where immigrants and hardworking young men could work in the clay mines, load

“The Dinky” little clay wagon train, and live in boarding houses nearby. The Italians who came to work and later live in the area soon began outnumbering other groups settling nearby and by 1925 the area became a self -supporting Italian neighborhood with a church called St. Ambrose Catholic Church; a church which many say became the glue that held the neighborhood together. St. Ambrose Catholic School was also built to educate the youth in the area. At that time in history there were many “shotgun homes”- narrow homes that went straight back comprised of 3 rooms with a kitchen in the basement. This house got its nickname in the “roaring twenties” when it was stated if you fired a gun through the front door, it would go through all three rooms and out the back of the house. This was an age where bootleggers and prohibition ruled the day, as did speakeasies and secret knocks for moonshine. Small bakeries, local grocery stores and businesses began sprouting up such as Sala’s Sandwich Shop, Missouri Baking Co., Blue Ridge Bottling Company, and many others.

My father described his childhood as memorable and simple; a time when people helped each other survive the Great Depression, the war, and were there for each other through the thick and thin and the ups and downs of this time period. Many places were walking distance from one’s front porch. The five and dime Columbia Show offered an escape from the harsh realities the nation and neighborhood faced, as did the game of bocce and Italian Language Theater Clubs which always helped raise money for the area when needed. From the factories like Magic Chef Stove Company to the many other industrial corporations located on nearby Kingshighway, Daggett and Shaw Avenues, most worked and lived on the Hill later to have families of their own on the Hill in the 1970’s passing down family traditions. A great documentary was recently made called America’s Last Little Italy- The Hill and I highly recommend purchasing it for a more detailed look at the history of the area.

Luigi “Lou” Boccardi came to America from Campobosso, Italy in 1964, and was able to work at a then popular restaurant called Mama Parente’s Italian Village Restaurant, owned and operated by Lou and Joe Parente, sons of Papina Parente, the Boccardi family’s beloved great aunt. Lou, along with his wife Nancy, opened Mr. Luigi’s pizza place in Union, MO but later moved the restaurant to the Hill at Southwest and Magnolia in the 1970’s. The restaurant’s name changed in 1977 to Lou Boccardi’s Italian Restaurant and in 1995, Lilly (Lou’s second youngest daughter) purchased the family business and has successfully run and operated the restaurant for more than 25 years offering hospitality, a warm and inviting atmosphere, great food for a great price, and unique menu items including original cannoli ice cream, risotto balls, pasta, sandwiches, great salads, and new menu items like salad with Lilly’s famous CBD Italian dressing and single 12”pizzas with special CBD pizza sauce.

Favazza’s full service Italian restaurant has some of the best old-world Award winning Italian meals, with sauces, chicken, fish, and pasta dishes that take your senses straight to Italy for a delight your tastebuds will not soon forget. Favazza’s has one of the best servers (ask for Michael) and hospitable owners John and Tony Favazza. Originally started by Vito and his wife Ellen, John and Tony have continued their family legacy of great recipes and tasty wines at affordable prices. Favazza’s has flourished into becoming one of the largest Hill restaurants today. If you are in the market for a wedding reception venue, the Favazza’s also run a banquet center (formerly Ruggeri’s) called The Rose of the Hill and it has quite the historic and romantic atmosphere any couple would love to dance the night away in, celebrating their vows with close family and friends.

Charlie Gitto’s on Shaw Avenue prides itself as a restaurant where guests are always number one, and where warm, friendly, personalized service are always at the forefront of any dinner served. Two private dining rooms offer unique experiences- the LaSorda Room and the Garden Room. Zia’s on Wilson Avenue offers some of the best seafood, eggplant, pasta, spaghetti sauce and Italian salad dressing this side of the Mississippi and nationwide. It is a wonderful place to gather for a drink, lunch, or dinner with friends and family. I also happen to love the dark wooden interior and the ambiance it exudes. My favorite appetizer dish is the toasted seafood ravioli with a side of melted butter and lemon slice, but you have to ask the kitchen for this one.

Gian-Tony’s on Daggett Avenue is a true upscale Sicilian dining experience that is sure to leave you wanting to come back for more. Owner and Executive Chef Tony Catarinicchia prepares many of his Sicilian family recipes and even grows his own fresh produce to ensure quality ingredients time and time again. If you are in the mood for a lively and fun atmosphere, be sure to catch a famous fishbowl at Rigazzi’s on Daggett as well and sip, savor, and stay a while as you gaze at the celebrity memorabilia- from ratpack caricatures to Al Capone sitting in a booth, you are bound to have something to talk about. The pizza and pasta are sure to leave you satisfied and feeling like you just can’t get enough of the darling little area on the southside of Saint Louis. Even though the Hill has changed through the years, and new apartments, homes, restaurants, and businesses welcome newcomers and visitors alike, the historic ethnic charm and character will hopefully always remain, be a nod to the past immigrants and Saint Louisans who built her, and may the Hill name live on in history as one of the best neighborhoods to meet, mingle, play, eat, and drink -well just about anytime of day!

Special thanks:
Eugene Campise (my dad) and Lilly Boccardi- for family history and restaurant information