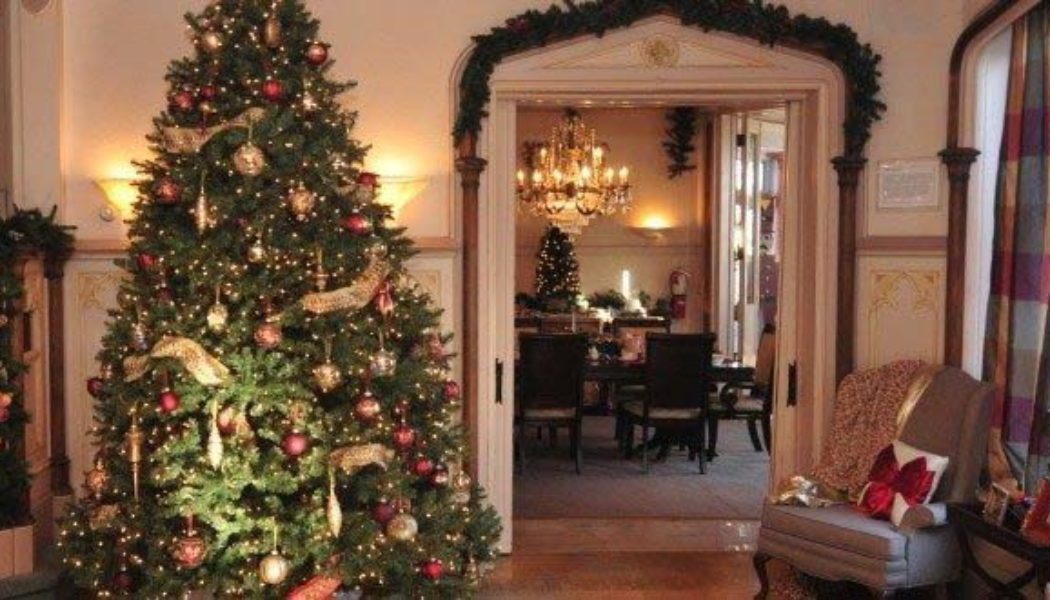 As the countdown to Thanksgiving begins, and temperatures here in the Midwest plummet into the thirties, it is no wonder it feels more like winter than fall this November.  As we begin to prepare for the winter weather and the upcoming holiday season, age-old traditions come to mind in an effort to make this season “merry and bright.”  There are so many surefire ways to celebrate the holidays, like baking cookies with family and friends, crafting parties to decorate one’s home, Elf on the shelf traditions for the children, decorating the tree, decking the halls with boughs of holly, looking at lights, gift exchanges, caroling, ugly sweater parties; these are all part of the fun which can make the winter jolly and a most joyful season for just about anyone.  One of my own favorite holiday traditions is visiting or volunteering in Soulard for their memorable Annual Holiday House Parlour Tour.  That is one way I experience the wonder of the holidays with my family: Appreciating history and having a little holiday fun at the same time.

Soulard is one of the oldest neighborhoods in Saint Louis, Missouri and is full of 19th Century red brick Victorian homes, flounder houses, row houses, Federal style townhouses, alley homes, and carriage houses.  It is truly nostalgic, diverse, and historic, but also quite fun and friendly as far as neighborhoods go.  Most Saint Louisans and those across the river are aware that Soulard is host to one of the largest Mardi Gras parties in the Midwest, but it also has one of the best holiday parlour house tours to kick off the Christmas season.

Soulard is named for the Soulard family, Antoine and Julia Soulard, who owned the area in the 1800’s, and later donated part of their land to the City of Saint Louis.  Antoine came to Saint Louis from the French Creole town of New Orleans.  He was a Frenchman who was a land surveyor, who at that time worked for the King of Spain.  The market, known as Soulard Market today, is reported by the Missouri Historical Society to have begun operations as a trade and market center as early as 1779 but was destroyed in one of the city’s most destructive tornadoes in 1896. The market was rebuilt in 1929 and is still in operation today. Soulard is also home to one of the world’s most famous breweries, Anheuser Busch.  In the late 1800’s, many immigrants from Europe arrived in Saint Louis and owned breweries or worked in them in the area.  Many mansions were built on the outskirts of the neighborhood near where the Anheuser Busch Brewery (now AB InBev) is today. Soulard is in its 44th year of the holiday parlour tour and this year it falls on December 7-8, 2019.  If you have never gone, you should consider visiting this year to make your holidays that much more memorable.  Guests can tour the historic homes and travel between them on heated shuttle buses.  The homeowners themselves, along with docents, tell historical tales of days gone by, along with their current rehab stories of how they keep the homes up to date while still preserving the character of the past.  Santa, cookies, food, and music await, so come jingle and mingle and create some wonderful memories this winter in historic Soulard.