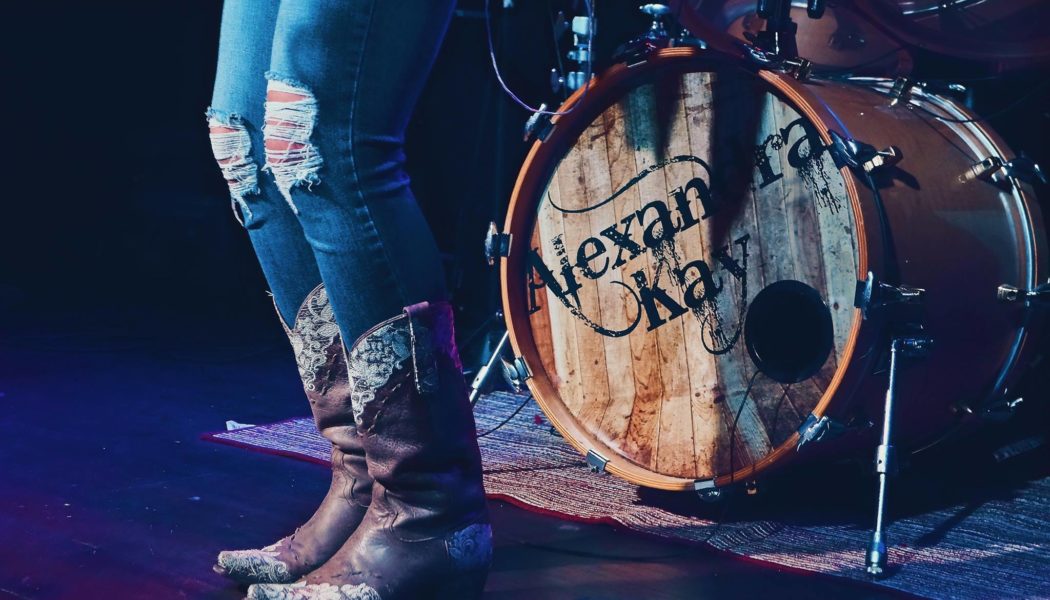 I recently had the privilege of covering Alexandra Kay at Syberg’s Restaurant in O’Fallon (IL). She was performing there for the Saturday night dinner crowd, accompanied by another favored local musician, Jeff “Schmitty” Schmitz. Both of them were such crowd pleasers; and were so gracious in their working with me while I videoed their performance.

Alexandra Kay is young, vibrant, and puts on a beautiful show. She is a country music performer with a stunning voice. Alexandra writes much of her own music and does great credence to so many of those great country covers. And Alexandra is local.
Born in Chesterfield (MO) and raised in Waterloo (IL), Alexandra Kay has made a name for herself. Yes, she landed that coveted recording contract and tried that route for awhile. But ultimately she gave that up to get back the creative freedom she so desired – to do the music she wants, the way she wants to do it.

Rightfully, she got good screen time on American Idol (2011). And she earned a place with eight other “struggling” musicians on the unscripted Netflix series ‘Westside’ that premiered in November. Primarily, it is her work from home on social media and her live performances that have brought her to where she is now.

Alexandra says her influences include Garth Brooks, Martina McBride and Jo Dee Messina. And it’s for Jo Dee Messina that she will open in concert at the Lincoln Theatre in Belleville (IL) on August 1. She will again be accompanied there by local musician, Jeff “Schmitty” Schmitz, with whom she often works.

About performing on the same stage as Jo Dee Messina, Alexandra said, “I’m so excited, I’m ecstatic. She’s like my favorite. It’s gonna be a dream come true. Some of the first songs I remember ever singing were her songs. Just taking a picture with her will be amazing. Playing in front of her I think is something that is going to blow me away.”

Alexandra has been referred to as an “internet phenomenon” and has over 250,000 followers on Facebook. Her homemade online videos have hit records of views in the MILLIONS. Her studio singles are available on all of the expected download platforms. She is eternally grateful to her fans to whom she says “Thank you so much for staying with me all these years, for watching ‘Westside’, for supporting everything I’ve ever done. I can’t wait to see you on the road this summer. I can’t wait to get you the music I’m recording in Nashville this summer”

And having fans nationwide, Alexandra tours. I first covered her at Silver Creek Saloon in Belleville this winter when her multi-state tour brought her close to home. She is again foraying out on a 22-city “Dive Bar Dreamer” tour beginning July 6th in Louisville (KY). That will take her up and down the east coast and through the Midwest and bring her home just in time for her August 1st appearance at the Lincoln Theatre in Belleville (IL). And after you see her there, you can enjoy an encore at Hidden Lake Winery in Aviston (IL) on August 3rd, after which she will hit the trail again for the remainder of the month.

“I’ve always felt that music, especially country music, has been a blessing in my life. Country music has a strong emphasis on the lyrics. That’s what people relate to, that tears your heart up, or makes it soar. That’s what drew me to country music in the beginning and it’s very important in the songs I choose.”