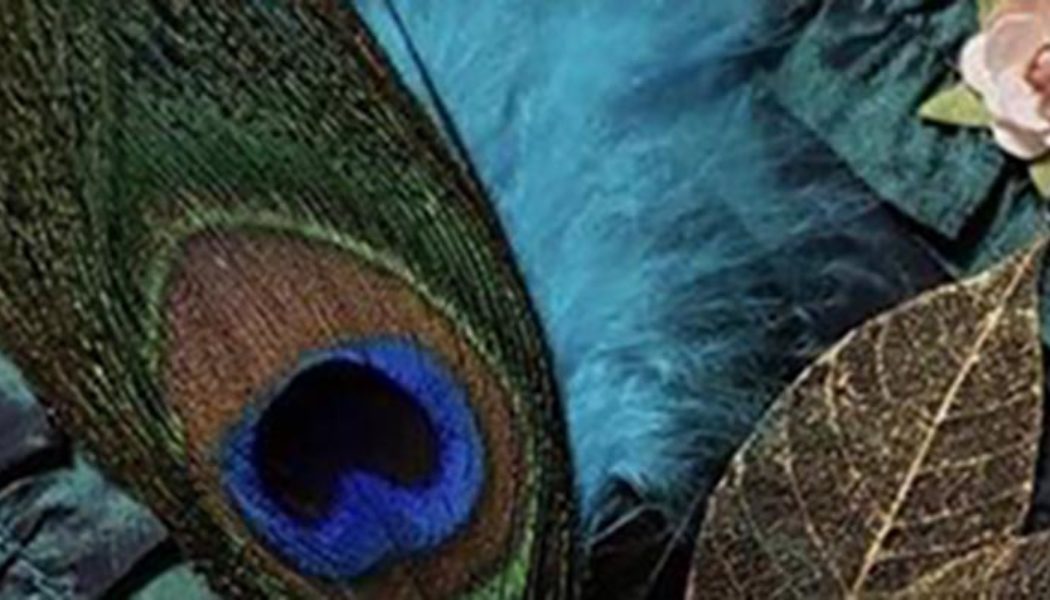 Donna Bernard was interested in art since she was a child, but her motivation to create sculpture from found objects came alive only after a fire in 2003. Her work literally rose up out of the ashes of the cedar fire in San Diego County in 2003 when her home and all her belongings were burned to the ground.

“I started creating art pieces from burned items I found and shared them with all the people that helped me get back on my feet” Donna says, unpretentiously.

Donna accepts cast off items from her friends and searches through thrift stores, yard sales, and auctions from interesting mechanical objects, wooden parts and shiny bits of jewelry to incorporate into her assemblages.  It may look like a collection of broken things and junk, seemingly unrelated – but then the challenge (and the fun) begins. And Donna does have a knack for integrating these disparate elements into a ‘story’

“Open Minded” a whimsical sculpture made of found objects by local artist Donna Bernard, has won first place in a Ventura Countywide competition.

The “Improbable” Exhibit, sponsored by the Ventura County Arts Council was held in Ventura Government Center Atrium Lobby, 800 S Victoria Avenue in Ventura, CA, through Aug 22, 2012.  This is part of series of changing exhibits.

Donna’s work, which is assembled from optometrist test lenses, prosthetic glass eyeballs, and a battery operated voice monitor that creates wave patterns when one speaks to the sculpture, was up against forty-three other pieces submitted by twenty-one artists from Ventura County to Los Angeles.  The exhibit included oil paintings, photos, and assemblage sculptures.

Donna moved to St. Charles, Missouri from Ojai, California in 2016 and has currently been working on a new art form called “The Abandoned Series”.  The Abandoned Series is a dioramic art form looking to the past.  Often depicting day to day scenes that may have existed on some personal or work level and remained unchanged for decades.  It may be considered by many as an attempt to allow the past to speak to the present.